Chris is an award-winning reporter - with recognition for his work as both a TV reporter and a writer, and for investigative reporting as well as chasing down running stories. You can read more detail on the stories that led to these awards below.

A College with Secrets

We revealed how, in 2018, one of the oldest and grandest colleges at Cambridge University spectacularly mishandled a sequence of complaints and allegations of sexual misconduct made by students - two of which involved staff members.

The country's leading higher education policy publication asked "Is this the moment #MeToo reached universities?". The case, which sparked national coverage, was widely followed in other media and sparked a range of responses from students. An independent review, led by a senior lawyer, is currently interviewing witnesses after we revealed the scale of the problems at Trinity Hall.

In one case, three women brought allegations of sexual assault against one undergraduate. In another, a student made an allegation about a senior staff member. And, all the while, the college was paralysed by concern about publicity stemming from a third case - a sexual harassment allegation against an academic who had since retired. All of these cases were botched in a complex story about how institutions can go wrong - and how academic cultures can fail students.

A first authoritative look at why Theresa May's negotiations failed so dismally. Across eight essays, I explained why leaving the European Union would always be difficult, why the EU behaved the way it did, why Ireland's position was always going to be the main problem and how Britain missed the clear signals from Dublin about its intentions.

The essays, reprinted as a book, were an insider account of why the UK did what it did, mixing inside information, gossipy detail, grand history and geostrategy. I was highly commended for feature writing at the British Journalism Awards. The account was reviewed by Fintan O'Toole in the Irish Times:

"the first coherent account we have of the Brexit negotiations as seen by the politicians and civil servants involved on the British side. It is careful and considered and all the more devastating for its deadpan tone.”

Bullying and harassment in Westminster

As #MeToo took hold in a number of fields, we revealed four MPs were accused of bullying by a chain of people - including John Bercow, the Speaker of the House of Commons. The investigation, which involved dozens of interviews, included on-camera interviews with Bercow's former private secretary and one still-serving clerk. We also revealed the depths of terrible management in the House, including one clerk whose annual appraisal noted she was doing very well, considering she was being bullied.

We revealed that there was a culture of deference in the Commons and dismal processes which meant that the House staff were loath to raise complaints. MPs accused of wrong-doing would, ultimately, be judged by other MPs, so staff members did not come forward.

As a consequence of our reporting (a portion of which the House authorities initially dismissed as "grotesque exaggeration"), an independent review was commissioned which recommended an independent human resources process that should cover MPs and which no MPs should be involved in - a key demand of staff reformers. The House of Commons adopted such a process. Bercow has been barred from admission to the House of Lords.

We were nominated for a BAFTA for this work, and I won the "Specialist Journalist of the Year" award for this reporting at the Royal Television Society Awards in 2019. The RTS jury wrote:

“Described by the jury as a terrier-like force of nature, Chris Cook built on years of forensic reporting in Whitehall and Westminster to expose a culture of bullying and harassment at the highest level of Parliament.”

The Grenfell Tower Fire took place in June 2017, a disaster in west London which claimed 72 lives. On the day of the fire itself, we revealed that the aluminium panels that covered the outer skin of the building was wrapped around a combustible polyethylene core - a fact that the inquiry would cite as a critical cause of the disaster. This critical piece of early reporting informed concern that other buildings might be vulnerable. Tests of the design, we later revealed, showed that the design of the building's cladding was intrinsically flawed - and it would have cost very little money, just £60,000, to fit safe versions of the cladding.

In the months that followed, we reported on how it came to be that inspectors allowed hundreds of buildings to be installed with flawed cladding designs, how the government was beginning a review of building regulations, how secrecy meant that engineers were using test data relating to non-combustible ceramic tiles to get approval from inspectors for designs using combustible components. We also revealed how a specific brand of cladding being used to replace Grenfell-style cladding was, in truth, secretly more combustible than it pretended - leading to an official ban.

Newsnight won the "Home News Coverage" award for my reporting, and that of other colleagues, at the Royal Television Society Awards in 2018. The citation read:

“In a year when home news had some of the biggest stories of the year, the Grenfell fire was one of the most demanding and harrowing to cover. This programme stood out for the range of its journalism.”

Kids Company was a charity at the heart of the British elite: it had the ears of ministers and prime ministers. Its chair was Alan Yentob, creative director of the BBC. Camila Batmanghelidjh, its charismatic leader, won £47m in government cash. But, over several months, we revealed how the government had been defrauded - and how becoming a prominent figure had hidden Batmanghelidjh from real scrutiny.

Over a run of months, we revealed that Batmanghelidjh was under pressure from ministers to step aside, that the charity was shutting down just days after being given a £3m grant, that it had failed to report serious criminal allegations to the police, that the charity had just 1,777 clients (not 15,933), that it spent extraordinary sums on a small number of "favourite clients" and that it used its precarious finances as part of a "bully strategy" to win cash from the state. Yentob resigned his role at the BBC.

Newsnight won "Scoop of the Year" for this reporting at the Royal Television Society Awards in 2016. The RTS citation reads:

“The winner produced a number of scoops on what became one of the stories of the summer… They [delivered] original reporting and, ultimately, major revelations – undeterred by the involvement of one of their organisation’s own executives.” 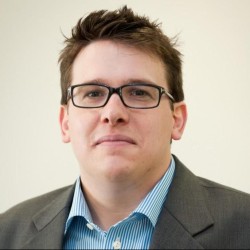